Usually, when Colorado makes the top of a nationwide list, it’s for a beautiful or positive attribute. Unfortunately, our Mousetrap (a.k.a. I-70 and I-25 interchange) and I-76 interchange have once again made the annual list of the nation’s top 100 bottlenecks for trucks, according to the American Transportation Research Institute (ATRI), an Arlington, VA-based transportation thing tank tasked with studying transportation issues. The ATRI put I-25/I-70 at the No. 30 spot, while I-25/I-76 came in at No. 54.

“With President Trump expected to press for significant long-term infrastructure spending, this ATRI analysis should be a key guide for deciding what projects are worthy of funding,” said American Trucking Association's President Chris Spear. “Ensuring the safe and efficient movement of goods should be a national priority and this report draws attention to the places where our highway network needs improvement in order to meet that goal.”1 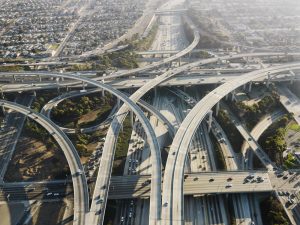 The following is look back at how Denver got its own bottleneck areas, and the plans that the Colorado Department of Transportation (CDOT) has to try and remedy them:

The worst reported bottleneck in the United States is in Atlanta, GA is known as the “Spaghetti Junction,” and serves as the interchange for I-285 and I-85.

Leading Causes of Traffic Congestion and Bottlenecks on Roadways

The DOT Federal Highway Administration’s (FHWA) simple definition for a traffic bottleneck is: A localized constriction of traffic flow. Expanded definition: A localized section of highway that experiences reduced speeds and inherent delays due to a recurring operational influence or a nonrecurring impacting event. The following are six contributing factors to traffic bottlenecks, according to the FHWA:

Have you been involved in a pile-up accident, single-car accident, or truck accident at one of Colorado’s problem intersections? If so, contact our Denver Truck Accident Attorney at Warshauer McLaughlin Law Group, who will help you navigate the complex legal process and help you get restitution for damages, if any are owed. Our compassionate and trustworthy legal experts will give you personalized attention and fight ardently for your rights. If you were injured and another driver is negligent, we’ll work every hard to win you compensation for your lost wages, medical expenses, pain and suffering, and more. Let our attorney build a strong case for you, so you can focus on recovering.

For a free and no-obligation consultation, call us today at (720) 606-6887 or email us using the contact form on this page. Our office is located in Denver, but we also represent those living in the Front Range area.