Everyone knows a dog bite can get a dog and its owner thrown in the dog house with the law. But, for the average dog owner, the severity and number of times their dog has bitten might be a detail easily forgotten. It shouldn’t be. Your dog’s conduct, the number of times it has reportedly bitten people, and the severity of wounds can all be contributing factors to earning your dog a death row sentence.

According to the Humane Society of the United States, every year 6 to 8 million unwanted dogs and cats sit on death row in U.S. shelters. Half of those end up euthanized, due to the fact that not enough of them are rescued.1

What is the Statute of Limitations on Dog Bite Cases? 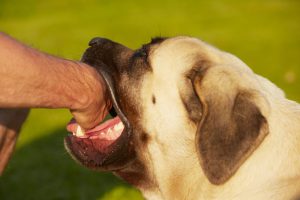 Each state has a little different take on their dog bites laws. Here’s the low-down on statute of limitations concerning dog bites in Colorado:

In the United States, state legislators use either a strict liability or a negligence rule for deciding dog bite laws. Colorado law combines the two justifications. The strict liability portion of the law contends that a dog owner doesn’t necessarily have to know about or have knowledge that their dog is aggressive. So, the owner is literally held liable by virtue of mere ownership of the dog.

Additionally, in order for the strict liability law to apply, the person bit and injured must be public property or lawfully on private property when the injury happened. Serious bodily injury will also have to be proven. Let’s take a look at what Colorado defines serious bodily injury as:

In Colorado, when the dog bite case isn’t that serious or seemingly deadly in nature, the negligence rule applies. In these cases, the plaintiff must show or prove that the owner failed to use reasonable care to restrain or control the dog. The negligence rule can also be used in cases involving dogs, where dog bites did not occur. For instance, if a large dog knocks over an older person causing injury.

In Colorado, if the plaintiff can prove that the dog owner had prior knowledge that a dog has a vicious or aggressive in nature, he or she can file a motion for the vicious dog to be euthanized. If you have been injured by a dog, it is best to speak with Denver dog bite lawyers to begin building a strong case to seek monetary compensation for damages.

Have you or a loved one been seriously injured, or possibly even disfigured, by a dog bite? If so, you should contact our experienced Denver Dog Bite Lawyers at Warshauer McLaughlin Law Group to advocate for your justice. Let us work on building a strong case, so you can heal. We’ll work tenaciously to get you as much compensation for medical expenses, pain and suffering, and any other loss you might have incurred. Call 720-463-1516 today, to set up a free, no-obligation initial consultation. 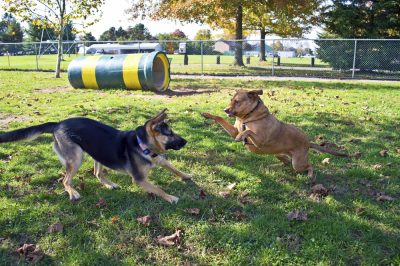