Truckers Resistant to Cameras Used to Find Fault in Crashes

The Federal Motor Carrier Safety Administration (FMCSA) recently came out with its annual truck accident report for 2015, which actually shows that there was an 8 percent increase in the number of deaths from 2014 to 2015. The FMCSA in its effort to find ways to decrease truck accident fatalities has turned to cab cameras to help understand causes of truck accidents and determine how to prevent future truck accidents.

Obviously, the issue of putting cameras in the cabs of truck is a pretty controversial one. While the government thinks it’s an outstanding tool to use for studying crash causes and collecting data, there are still many truck drivers that feel it is invasion of their privacy.

Can Cab Cameras Have a Positive Impact on Trucker Safety? 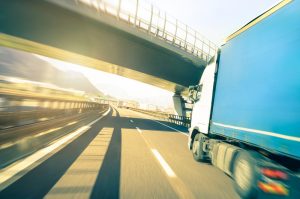 Companies finding the best success in terms of studying the truck driver behaviors and crash causes are using what is called “dual cameras” in the cab. That is where one of the cameras faces forward onto the roadway, while the second camera is positioned to face backwards towards the truck driver to capture their actions and behaviors. Here are some of the industry findings from using dual cameras in truck cabs:1

How a Majority of Industry are Against Back-Facing Cameras

While many truck drivers see the effective usefulness of cameras in the truck cabs, many are still against it because they say it violates their privacy. On the flip side, safety experts argue that back facing cameras help get a perspective of moments before collisions, during, and after. The following are some more arguments against back-facing cameras:

Have you or a family member been involved in a truck-related accident? If so, you can count on the aggressive and experienced Accident Attorney with the Warshauer McLaughlin Law Group to seek the justice and the financial restitution you may deserve. Our trustworthy legal experts thoroughly investigate the facts and build solid cases, which is why we are so successful in truck-related collision litigation. We also care about our clients, so if you are hospitalized we can meet you on your terms and schedule, or even come to you.

To get a free, initial consultation, call us today at (720) 606-6887 or email us using the contact form on this page.  We are also available to our clients – 24 hours per day, 7 days per week – so that they have the personal attention their case deserves. We are located in Denver, but we’ll also take clients throughout the rest of the state as well.