Senate Bill 213 would acknowledge the existence of self-driving vehicles on Colorado’s roadways, and requires those vehicles conform to every state and federal traffic law. The bill is being sponsored by Republican state Sen. Owen Hill of Colorado Springs and Democratic Sen. Dominick Moreno of Commerce City. Both chambers, the House and Senate voted to approve the final version of the bill and sent it on to Gov. John Hickenlooper for his signature.

Reasons for and Against the Proposed Self-Driving Legislation 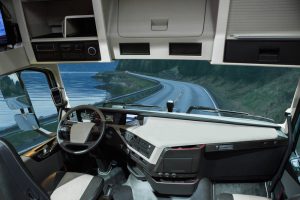 The following information was gathered from local news reports as well as Bill 231:1

Who Pays Damages if a Self-Driving Car Crashes?

When you or a family member are injured in a collision, whether it’s with a self-driving vehicle or driver controlled, and the other party was at-fault, it’s time to get a hard-working legal team that can help you get the justice you deserve as well as compensation for your damages? That’s why you can count on our tenacious and trustworthy Denver Truck Accident Attorney at the Warshauer McLaughlin Law Group. Our Denver truck accident attorney is very thorough and will go through and re-investigate the crash, the police report, and build a tight case for your best chances at get the most for your cause.

Call today to schedule a free, initial consultation to learn how we can best serve you and get the ball rolling. We can be reached at (720) 606-6887 or email us using the contact form on this page. We have offices in Denver, but we can also meet where ever it is most convenient for you.